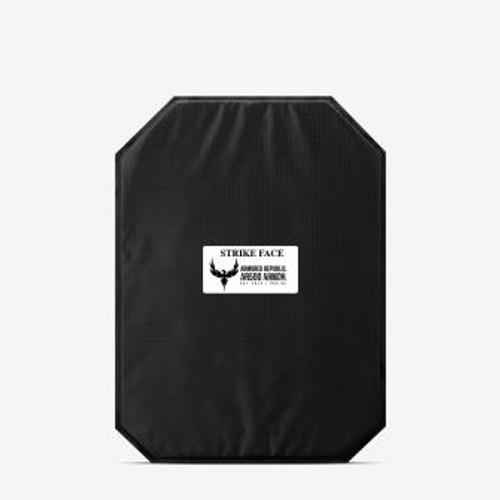 Designed to be inserted into your everyday carry backpack providing protection under concealment. AR500 Armor® Rimelig 11" x 15" body armor integrates into your existing backpack under cover.

Our Backpack Armor will fit into your school bag laptop pocket, hydration pocket, or laptop carry bags capable of accepting up to 15.1” laptops, in most cases also in conjunction with your laptop. The ideal choice for staying prepared in everyday life. You can now turn your commuter pack into an armored backpack capable of defeating hard hitting pistol rounds in a concealed carry system.

Rimelig soft body armor is for everyone, and can be applied both in the field and every-day life without a serious tax on your wallet. The performance you expect from AR500 Armor® Body Armor without the sacrifice in quality or value. High value soft body armor is now a reality in the body armor industry!

Penetration Test (44 Magnum 240gr. SJHP) by Oregon Ballistics Laboratory - (Penetration tests test for complete penetration of a given round at a specific velocity in a controlled setting)

AR500 Armor® Hybrid IIIA Soft Body Armor sets the standard for top tier performance for the price. It truly is the pinnacle of modern soft body armor technology. With our Hybrid series we’ve created an armor system that retains and maximizes on all of the benefits the latest and great has to offer. Ultralight weight, thin, and flexible while exceeding IIIA body armor ratings in both threat protection and back face deformation performance – in addition to its ability to defeat some special threats outside of the IIIA rating.

AR500 Armor® Rimelig IIIA Soft Body Armor offers a high value solution to IIIA threat level calibers. Providing protection against the most common handgun calibers in existence. Our Rimelig line is extremely versatile and economic, affording anyone in the market for armor to stay protected knowing AR500 Armor has your back (or front!).